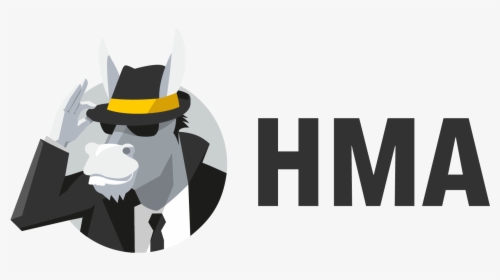 Advertiser disclosure This page may contain links to our partners’ products and services, which allows us to keep our website sustainable. This means that dontdisappoint.me.uk may receive a compensation when you sign up and / or purchase a product or a service using our links. However, all opinions expressed in this article are solely ours, and this content is in no way provided or influenced by any of our partners.

Despite the hundreds of VPNs on the market, HideMyAss (HMA) has caught the eye of many users. This VPN has been around for more than 15 years, and you might have heard of its current parent company Avast.

HMA has gone through many changes throughout the years, as well as some concerning events related to its jurisdiction and user privacy. But the company seems to have reclaimed its credibility.

So will this provider really cover your internet traces? Keep reading our HideMyAss review to find out.

How Does Hide My Ass Work?

All you need to do to use this VPN is go to the official website, sign up for HideMyAss, download the app, and connect to a server.

HMA creates a tunnel that encrypts all the data you share on the internet. This will prevent cybercriminals from snatching your personal information, such as your IP address. HMA also helps you by bypassing geoblocks so that you can unblock streaming services, for instance.

Speed tests are crucial for determining the actual performance of VPNs, as you can’t always trust what’s stated on official pages. Bear in mind that every VPN will cause some speed loss, which will also be affected by your local infrastructure and internet service provider.

So how will HideMyAss affect your connection? We tested this VPN and were impressed with the results.

Our non-VPN download and upload speeds connected to a fibre-optic internet were 196Mbps and 186Mbps, respectively. On the nearest local servers, the speed dips were barely noticeable. When we connected to HideMyAss on a UK server, the download speed loss was only 3%, while the upload loss was 2%.

The long-distance test didn’t disappoint as well. We connected to several HideMyAss locations. On the US server, the download speed averaged at 142Mbps, and the upload one was 146Mbps.

On the nearest server in Germany, we got a 172Mbps and 178Mbps download and upload speed, respectively. The slowest connection we encountered was on the Singapore server with 58Mbps and 64Mbps.

While speed is among HMA’s biggest strengths, it let us down on the number of connections it allows. You can install it on as many devices as you like, but you can only connect to five of them simultaneously. Some plans allow up to 30 connections if you’re willing to pay more. If you prefer to have no restrictions, you can check out providers that offer an unlimited number of connections, such as Surfshark.

Although HideMyAss has a history of debatable privacy (discussed below), your data and internet activity will be out of harm’s way.

HMA protects your IP address with AES-256 encryption, which is the gold standard among VPNs. What’s more, HideMyAss offers an IP refresh tool, which automatically gives you a new IP address if your current one is somehow compromised or blocked.

Although the current parent company is from the Czech Republic, HideMyAss is based in the UK. What does this mean? The UK is generally not a good jurisdiction for a VPN, as the country is part of the 5/9/14 Eyes Alliances, so it has strict data retention requirements. Furthermore, HideMyAss has to comply with the UK Investigatory Powers Act.

This VPN offers options for tunneling protocols like IKEv2, L2TP, and OpenVPN. We suggest opting for OpenVPN since it provides better encryption than IKEv2.

For better privacy and security on IPv4 and IPv6, HMA includes integrated protection. HideMyAss passed our leak test on all of the major platforms except iOS, which was disappointing.

A kill switch feature is only included on the Windows, Android, and newer macOS versions. The feature is not available on the updated version of HideMyAss’s iOS app.

In 2012, HMA cooperated with authorities in an investigation related to the hacking of Sony at the time. As a result, one hacker was arrested, which made many users sceptical of the company’s privacy terms.

But in 2020, the provider changed its policy, and representatives now claim that HideMyAss keeps no logs. Still, as mentioned above, the company’s jurisdiction requires it to cooperate with authorities. So VPNs based in countries with few to no data retention laws like ExpressVPN (British Virgin Islands) may be the way to go if complete anonymity is crucial to you.

Not all VPN users need split tunnelling, but it’s still good to have that option. This feature allows you to pick which apps go through your regular internet service provider and which ones go through the VPN.

This provider offers split tunnelling, but it’s only available on the Android HideMyAss app. It’s hard to find VPNs that provide this feature for Apple devices, as the latest macOS and iOS versions don’t yet support it. But if you need split tunnelling on Windows, you may want to look at providers such as PureVPN.

In addition, there are over 5,000+ IP addresses, 461 of which are UK-based. We were glad to see that HMA recently got servers in both Africa and the Middle East. But unfortunately, HideMyAss doesn’t work in China anymore.

HMA also doesn’t offer a multihop feature like Surfshark and ProtonVPN, which allows you to transmit your internet traffic through two separate VPN servers for an extra layer of security.

The question many VPN users ask nowadays is, “Will this provider unblock streaming platforms?” HideMyAss bypasses Netflix restrictions as well as other streaming services like Amazon Prime Video and BBC iPlayer. The quality was outstanding—there were no delays or buffering. We’ve tried several times to connect to US servers to get Disney+, but unfortunately, we couldn’t access this platform. If streaming access to all major services is among your priorities, check out providers such as CyberGhost.

HideMyAss also allows torrenting and other P2P file sharing. It has a list devoted to servers optimised for torrenters.

Most of the Hide My Ass reviews don’t include gaming tests on VPNs. But many users are looking for that kind of information online, so we decided to try out gaming while connected to HMA. The service helped us bypass gaming geoblocks, although it isn’t compatible with consoles. We connected the VPN to our router, effectively securing our gaming, and had a smooth and lag-free experience.

Where does HideMyAss stand on device compatibility? Like most VPNs, HMA is available on the main operating systems:

It can also be connected to a router, and via that, you can secure any device connected to your WiFi. Plus, it offers Apple TV and Android TV apps.

What’s more, you can install a Hide My Ass extension on Chrome and Firefox. There’s also a free Hide My Ass proxy list, which is only available on these browsers. They are by far the best proxy extensions that we’ve tried, as they seamlessly unblock US Netflix. Take note that these are not going to encrypt your data nor keep you safe. So if you want to be anonymous on the internet, it’s better to stay away from the HMA’s web proxies.

The HMA apps have a user-friendly interface on both desktop and mobile. The main differences between the Apple device apps and the Windows and Android ones are the protocols they use. You can download the HideMyAss Android app from the Google Play Store, while the iOS one can be downloaded from the App Store.

HMA doesn’t support Tor networks, so if you want extra security and anonymity for Dark Web browsing, this may not be the VPN for you. Some providers do offer Tor compatibility, such as ProtonVPN.

HideMyAss offers a variety of plans you can choose from. One of the biggest advantages that come with this VPN is the HideMyAss trial. It lasts for seven days, has unlimited bandwidth, and includes all features.

HMA offers discounts from 18% to 73% if you subscribe for six months, one, two, or three years. Plus, all packages include a 30-day money-back guarantee if you buy the VPN from the official website.

The payment methods include credit cards, PayPal, Google Pay, Apple Pay, AliPay, and UnionPay, among others. The provider doesn’t accept cryptocurrencies at the time of writing.

Overall, prices for HMA are on the expensive side, even when compared to high-end providers like ExpressVPN. But if you’re not sure if it’s the right service for you, you can always give the free trial a go.

Although most VPNs are simple and easy to use, you may still run into problems that you can’t solve yourself.

HMA provides users with a variety of customer support channels—from a live chat to video tutorials. It also has a great FAQ page that can help you with common issues users face.

Unfortunately, HMA changed its live chat support hours from 24/7 to 9 am–11 pm CET. This creates a disadvantage for subscribers who live in different time zones. Still, you can contact customer reps through email or social media.

HideMyAss has a 4.1 out of 5 rating on Trustpilot, as most customers report an excellent user experience with the provider. For comparison, TunnelBear has a 3.0 rating, while CyberGhost has 4.8.

Want to Consider Other Options?

It’s always a good idea to explore your options. So let’s compare HideMyAss to a couple of other popular VPNs.

HideMyAss and NordVPN are both among the fastest VPNs on the market. The two are also quite similar in terms of privacy and security—they have the same encryption and offer a kill switch and split tunnelling.

But NordVPN is based in Panama, where there are few data retention requirements, while HMA has to comply with stricter UK regulations. What’s more, HideMyAss doesn’t run on diskless RAM servers, while NordVPN does.

Both HideMyAss and Surfshark work great for torrenting and unblocking streaming platforms. Both are among the leaders in the VPN market in terms of speed. But with Surfshark, you get an unlimited number of connections, while with HMA, you have a certain limit—from 5 to 30 devices, depending on the plan you choose.

The two VPNs have a similar feature set, but Surfshark is cheaper than HideMyAss, especially if you subscribe for two years.

HideMyAss has both benefits and drawbacks, but overall, it’s a fast and reliable VPN that we definitely recommend.

Although the company is based in the UK, making it subject to strict data retention rules, its privacy and security are top-notch.

HMA is premium-priced, but the speed, feature set, and wide server distribution are worth the cost.

What is Hide My Ass?

HideMyAss is a VPN with lots of security and privacy features. It providers safe torrenting and can be used for bypassing geoblocks.

Despite some privacy lapses in the past (check out our HideMyAss review above for details), HMA recently updated its policy and is safe to use.

HideMyAss is not free, but it offers a seven-day free trial and a 30-day money-back guarantee.