Affiliate Disclosure: We get a commission when you sign up to websites, buy products or subscribe to services via our links on this page. However, all our opinions in this article are unbiased.

In the online world, there’s no such thing as being too cautious. The best way to reclaim your privacy is to get a good VPN.

But, what is the best free VPN for Mac?

The Best Free VPN Services for Mac: At a Glance

With an effective kill switch, a no-log policy, and coming from a well-respected cybersecurity firm, ProtonVPN offers one of the best free VPN services for MacBook on the market.

Its free plan has unlimited bandwidth and data and features a suite of advanced privacy and security tools that are generally reserved for more expensive products.

Additionally, the free version doesn’t limit users to one server location (you can connect to its servers in the US, Japan, and the Netherlands).

The app collects a minimal amount of logs that can’t be used to identify the user, but unlike ProtonVPN, it is based in Canada, which is in the Five Eyes data-sharing alliance.

The VPN provides 10 servers in 10 countries, including locations in the UK, and reliable same-country speed in the free version.

Windscribe also offers 6 different protocols, including WireGuard, which is the latest and fastest next-generation protocol available, and an OpenVPN protocol that masks traffic to make it look like HTTPS and Websocket traffic for restrictive networks.

One of its best features is the Firewall mode, which uses native OS APIs to block connections outside the tunnel, which eliminates leaks.

PrivadoVPN is one of the most popular services on the market because it doesn’t limit any security features to users of its free plan. Every subscriber, regardless of the type of plan they pick, has a kill switch option, built-in leak protection, IP masking, and access to its customer support team.

It doesn’t offer dedicated IP addresses, but it uses 256-bit-AES military-grade encryption and supports P2P traffic and streaming. PrivadoVPN can choose between several solid VPN protocols, like OpenVPN and IKEv2, but the company doesn’t use WireGuard. 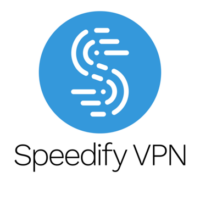 Speedify is all about performance and, as the name suggests, speed.

The VPN has custom protocols that use AES-128 bit encryption and the ChaCha cipher and has channel-bonding tech that not many VPNs offer.

The best part about Speedify’s channel bonding feature is that it’s highly customisable. Users can change the mode to optimise redundancy, streaming, or speed to distribute to as many channels as possible. This is particularly useful when 85% of British adults watch online videos.

What’s more, free Speedify users get access to some perks, including access to the entire server network, exclusive upgrade deals, and access to new features before they are released to the public.

If you’re looking for a free VPN for Mac that excels at speedy connections, Hotspot Shield might be the right choice.

The company’s main offices are in the US, which is in the Five Eye alliance, but Hotspot Shield collects only a small number of anonymous logs, like the amount of bandwidth used, which can’t be used to identify users.

In addition to impressive download and upload speeds, which are rare among free VPNs, Hotspot Shield also allows free users to choose between any of its VPN protocols. The choices include OpenVPN protocols, IPSec, and Hydra, which is one of the fastest and most secure protocols available.

The VPN limits users to one server in the US, but it offers 500MB of bandwidth per day, which is generous compared to free plans from other VPN providers.

The VPN uses IPSec for its macOS and iOS users, AES-256 encryption, and has an excellent consumer privacy policy. It doesn’t keep track of user online activity, but it does collect some anonymous logs.

Furthermore, Avira doesn’t differentiate between types of traffic, which is great for privacy and means users can use P2P file-sharing services and BitTorrent on any server.

The best part about the Avira VPN is that free users get access to all the countries and VPN servers, which is somewhat unique for a free version.

TunnelBear offers an excellent free VPN tool, which is user-friendly and is one of the best VPNs on the market.

What truly sets TunnelBear apart is its laser focus on VPN services and features, all of which are available in the free plan, and the fact that it rarely relies on virtual services.

This VPN uses AES 256-bit encryption and has a kill switch as part of the free plan, as well as IP/DNS leak prevention. What’s more, TunnelBear maintains a rigorous no-logging policy and releases an annual transparency report.

Users can also torrent over the VPN, split-tunnel traffic, and connect to any of TunnelBear’s 3,000 servers.

As for the data limit, TunnelBear restricts it to 500 MB per month, but users can earn up to 1.5GB for one month by tweeting about the company.

Not all VPNs offer free plans, but most offer free trials. Here are our top three picks for the best VPNs with free trials for a Mac.

If you’re looking to download a VPN for Mac for torrenting, CyberGhost is the perfect option. The VPN has dedicated P2P file-sharing servers that operate with a variety of torrenting applications.

CyberGhost VPN for macOS doesn’t collect logs, has split tunnelling and a kill switch feature, and provides DNS leak protection. It’s also one of the few VPN products that support WireGuard across all its platforms.

What’s more, the VPN has around more than 6,000 servers across 91 countries, making it one of the most varied services on the market.

ExpressVPN is one of the most popular VPNs on the market, with a reputation that precedes itself.

The VPN is fast, secure, supports torrenting, has no serious logging, and works on every device. It has a vast network of more than 3,000 servers in 160 locations and offers a range of security and privacy features; everything from location spoofing to WebRTC leak blocking and HTTPS Everywhere support.

All of the company’s plans come with a 30-day money-back guarantee. 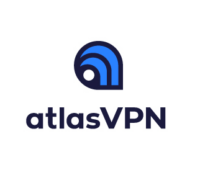 Atlas VPN is a beginner-friendly VPN service with plenty of VPN protocols to choose from and a vast array of security and privacy features.

One of its best features is the SafeSwap servers that allow users to access the web from several IP addresses at the same time.

Atlas VPN is also a great VPN for streaming and gaming as it offers excellent speed and reduces buffering and lags.

All of its plans offer a 30-day money-back guarantee.

Here’s what you need to consider when looking for a VPN service for Mac.

A secure connection is the number one priority for any user online. It’s one of the primary reasons for getting a VPN.

The speed of your connection depends on a variety of things, but a fast VPN makes all the difference, especially during streaming or gaming.

Most free VPN versions come with data limits, which is just enough to test out some features. If you want to use it long-term, opt for a VPN with unlimited bandwidth.

Some VPNs don’t work in certain countries. Make sure to check that the VPN you’re using works in yours.

User experience is crucial with VPN since the technology can be complicated for less tech-savvy people.

A VPN is a worthwhile investment for bolstering the security and privacy of your online activity. If paid subscriptions are out of your budget, you can always opt for a free version. Most of them come with limited features but a good number of them offer unlimited simultaneous connections and even unlimited bandwidth.

They can be. Customers either pay with money (for a paid subscription plan) or data. That said, there are many reputable companies that offer free but limited plans.

What is the best free VPN to unblock Netflix on Mac?

Our top 3 picks for the best free VPN for MacBook were ProtonVPN, Windscribe, and PrivadoVPN. These free Apple VPN services offer plenty of tools, but only ProtonVPN offers unlimited bandwidth.

How much will a free VPN impact my Mac’s speed?

Free VPNs are, generally, quite slow because they operate on a small number of servers, which are frequently overburdened.

What is the best free VPN service for Mac?

The best free VPN for Mac is widely considered to be ProtonVPN. It has solid security features, such as a kill switch and a no-log policy, and offers unlimited data.