Strong is indeed the new sexy, and female athletes are a testament to that maxim every day.

Sportswomen perfectly encapsulate and combine humanity’s charm with its desire and struggle for equality. Beauty crystallises through their hardship and radiates both on and off the court.

Below, we cover the top ten sexiest tennis players who have transcended the sport to become cultural icons that rivet us with their physical beauty and prowess.

The 10 Most Beautiful Tennis Players in the World

Explore the following list of the world’s current tennis beauties to learn why they are considered trailblazers, paving the road for women everywhere. 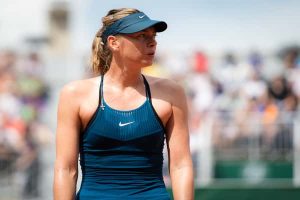 Тhis Russian tennis star has won 36 career titles, including five coveted Grand Slam titles. However, before becoming one of the best looking female tennis players of all time, Maria was discovering her love for tennis, first in Russia, then in the U.S.

She turned pro on her 14th birthday, after which she started competing in various junior and senior events, including WTA tournaments and Grand Slams.

Expectedly, her rise to stardom was announced quickly enough when she won her first WTA title in 2003. Maria has continued to represent Russia throughout her career, despite living in the U.S. since the age of seven.

Deemed as one of the hottest women tennis players, Maria appeared in a 6-page spread issue of Sports Illustrated in 2006 and was dubbed one of the most beautiful celebrities in the world. Recently, she also posed for Bala—a home gym equipment brand in which she invested. 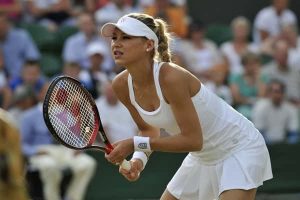 Anna was the youngest player to compete in and win the Federation Cup for Russia. Impressively, she also played in the U.S. Open when she was only 15 years old, Wimbledon when she was 16 and was part of the top ten of the WTA at 17 years of age.

Due to severe back problems, this blonde tennis player had to retire at 21, but she continued to flourish in modelling, advertisements, and the entertainment industry.

Throughout her career, Anna has been featured in several magazines such as Maxim, Cosmopolitan, FHM, Women’s Health, Esquire, and Sports Illustrated.

She cemented her brand as one of the most beautiful tennis players out there by appearing in People’s 50 Most Beautiful People and FHM’s 100 Sexiest Women in the World in 1998 and 2020, respectively. 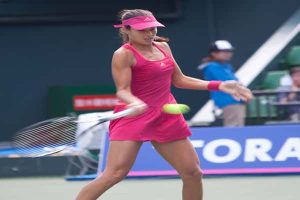 Ana Ivanovic’s natural beauty often distracts her fans and the rest of the world from her professional achievements—including the 2008 French Open title and 12 weeks as the world No. 1 female tennis player, in addition to the other 14 career wins.

Despite her 2016 retirement due to several injuries and the loss of form, she has continued excelling off-court in modelling, brand promotion, and various humanitarian activities.

For example, as one of the world’s gorgeous and sexy women tennis players, she has secured several endorsement deals with brands like Dubai Duty Free, Rolex, Yonex, and a lifetime deal with Adidas, and starred in renowned magazines like FHM, Vanity Fair, and Sports Illustrated.

Commendably, she has used her status as a sports icon to raise awareness for several important social issues, such as children education and protection. Now, that’s sexy indeed! 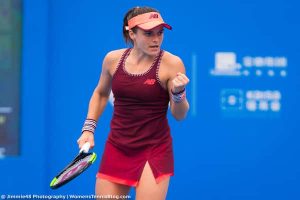 While one could say U.S.-born Nicole Gibbs did not reach the professional heights of her peers, she does deserve to be included in our list of hot women tennis players by virtue of her kickass abs and fighting nature, demonstrated by winning the fight against cancer upon retirement.

However, Nicole’s 12 ITF titles should not be understated (7 singles and 5 doubles) since they are a testament to her tenacity to compete at the highest level—and that desire to be your physical and mental best is the main ingredient in a person’s sex appeal.

Furthermore, she has been vocal about critical social issues, especially women empowerment—another trait of beautiful and sexy tennis players: using your celebrity platform to stand up for marginalised and vulnerable social groups. 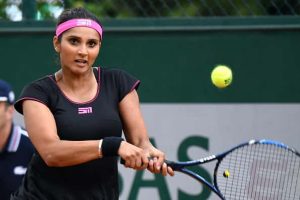 Our list of sexy tennis girls would be incomplete without Sania Mirza—arguably, India’s most successful female tennis player of all time. After looking at her trophy cabinet, one would understand why: 43 titles in doubles, 3 in mixed doubles, and 1 in singles.

This six-time Grand Slam winner exudes elegance and grace under pressure—definitely the qualities of one of the best looking female tennis players out there. On several occasions, Mirza was also named an influential person in her home country, Asia, and the world.

Driven by her charming smile, beautiful eyes, and strong, curvy physique, brands understood her value and took her as an endorser. Lastly, let’s not forget this lady’s great sense of humour.

Sorana is a Romanian tennis player who turned pro in 2006 to win seven career titles (2 singles and 5 doubles). Moreover, she recorded her highest ranking in 2013 at No. 21 and defeated 13 of the world’s top ten female players at one point or another.

But why is she considered one of the hottest female tennis players of all time? Besides her towering height, overflowing dark hair, and smokey, alluring eyes, she is a fearless risk-taker that puts it all on the line when she must. Her dresses also make the same statement.

As a feather in her professional cap, Sorana was named MSN’s Most Beautiful Women in Sports in 2011. Moreover, after terminating her 10-year sponsorship with Adidas in 2016, she has been sponsored by New Balance. 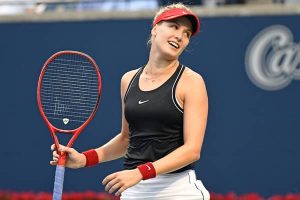 Genie became the first Canadian tennis player to represent her country on the green grassy Wimbledon court in 2014. That same year, her tenacity pushed her to the closing stages of three major tournaments, ultimately earning her the No. 5 world ranking.

Despite her on-court career eventually faltering, numerous brands recognised Genie’s traits as one of the most beautiful tennis players in the world, especially after her appearance in the Wimbledon finals, and offered her multi-year endorsements.

In addition to mammoth companies like Coca Cola and Nike acknowledging her talent, physical appeal, and personality, Sports Illustrated also included her in its swimsuit issue for 2017 and 2018. 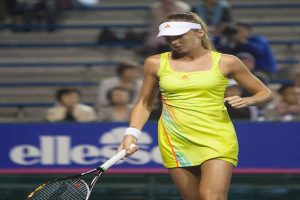 Had Daniela not taken up tennis as a child, she would not carry on to win 20 career titles (7 singles, 9 doubles, 4 mixed) and join the group of sexy tennis women that allure us and inspire us daily. By the time she retired in 2017, Hantuchova had made her mark on the world of tennis, even reaching a remarkable No. 5 ranking.

As an acknowledgment of her physical beauty and prowess, on and off the court, she was asked to endorse various brands, like Nike, Adidas, several racket brands, as well as some tech giants, such as Sony.

When she wasn’t turning heads with her tennis racket, she did just that during events or photoshoots, like the ESPY Awards or the 2012 ESPN’s Body Issue when she appeared topless. So you can’t say she wasn’t confident in her own skin. 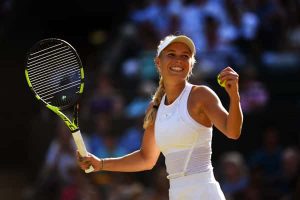 In addition to deservedly belonging on our list of beautiful tennis players, Caroline is one of the most accomplished female tennis players on our list. Surely, 30 singles titles (including a Grand Slam win) alone are a testament to such praise.

This Danish beauty experienced a rollercoaster ride of a career until her retirement in 2019 due to rheumatoid arthritis. She has now made it a point to help people battling chronic disease—an act worthy of praise that lends to her beauty since the soul is as important as the body.

As for the numerous endorsements or similar recognitions of her skills and physique, she endorsed big brands like Adidas and Nike, and at one point was sponsored by Rolex. Moreover, she was included on several lists of high-earning athletes and influential sportswomen.

And let’s not forget, Caroline has also posed for Sports Illustrated not just once but three years in a row. 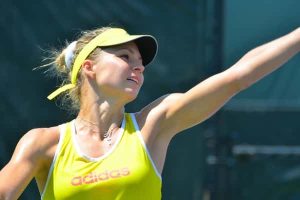 Tennis beauties like Maria Kirilenko that also succeed as athletes (18 career titles) earn the public’s unreserved admiration for their physical beauty and the skills to hit a tennis ball.

Adidas was among the first brands to recognise Maria’s attractiveness by offering her to become the face of their new tennis line designed by Stella McCartney. In 2009 she also joined Daniela Hantuchova in the “Volley of Dolls” Sports Illustrated swimsuit photo shoot.

Nowadays, she is busy with a tennis school for children and even takes her kids along with her to work.

One thing is certain: the tennis beauties we’ve covered above have made themselves seen and heard outside of the sport too. You can see them proudly walking the runways, posing on magazine covers, or awing the public with their cocktail dresses.

These women have expertly leveraged their beauty to broaden the meaning of the word ‘sexy’. Namely, to join the sexiest tennis players in the world, you need more than the odd curve or lip shade. Personal growth, self-worth, and respect for others also matter greatly.