34 Mind-Blowing 2021 Mortgage Statistics in the UK

We’ve all played monopoly as kids and had fun mortgaging hotels and houses. However, what was just a game back then is a grim reality for many Brits today.

But just how many Britons have a mortgage and what are the reasons more and more people across the UK are turning to banks for property loans?

To help you better understand the mortgage market and its implications on your finances, we’ve put together some of the most relevant mortgage statistics in the UK, so make sure you keep reading. 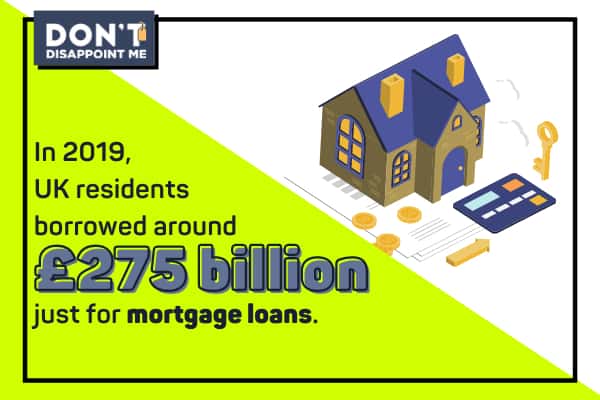 Although there was a decrease in mortgage approvals because of the pandemic, UK mortgage debt, statistics reveal, still reached almost £140 thousand. Considering that the average property in the UK increased by 5.4% to £245,443, this value of outstanding mortgages is not so shocking.

3. The majority of mortgage loans in the UK are given out to homeowners.

86% of the mortgages given out in 2019 were intended for homeowners. 14%, on the other hand, were buy-to-let mortgages. The share of the two types of mortgage in the UK has remained steady throughout the years. In 2016, 83% of mortgages were issued to homeowners, while 17% were meant for landlords.

At the end of the third quarter of 2020, the outstanding value of all residential mortgages was over £1.5 trillion, or around 2.9% higher than the previous year, Bank of England mortgage statistics show. Compared to 2018, when residential mortgage loans were valued at £1.16 trillion, this amount is a significant increase.

7. 28% of households bought their home with a mortgage.

Back in 2017, 14.4 million households in the UK either owned their home outright (34%) or purchased it with a mortgage (28%). Judging by UK mortgage lending statistics, the share of outright owners has been higher ever since 2013.

8. 91% of the UK’s total household debt is property debt.

In 2018, total UK household debt amounted to £1.28 trillion, the Office for National Statistics reports. Property debt accounted for the lion’s share of this sum, amounting to £1.16 trillion or a staggering 91% of total household debt.

10. In 2020, the UK had the highest total outstanding value of all residential mortgages in Europe. 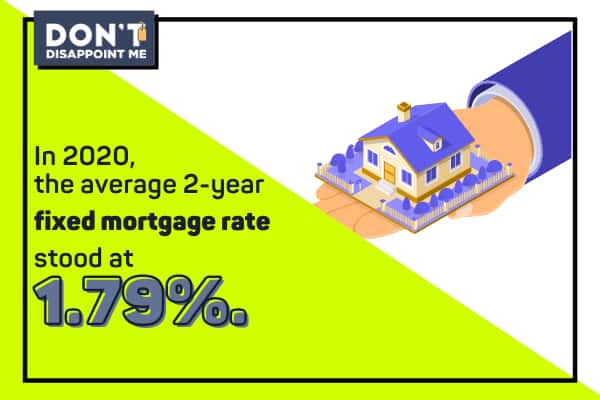 12. The average two-year fixed rates for LTV mortgages have risen since July 2020.

Research by Statista on mortgage rate trends in the UK reveals that:

14. The highest UK base rate recorded in recent history was in the late ’70s.

Compared to today’s residential mortgage rates, the base rate recorded in the late 70s was much higher. Back then inflation and oil prices caused the base rate to go up to 17%, the highest recorded in recent history. 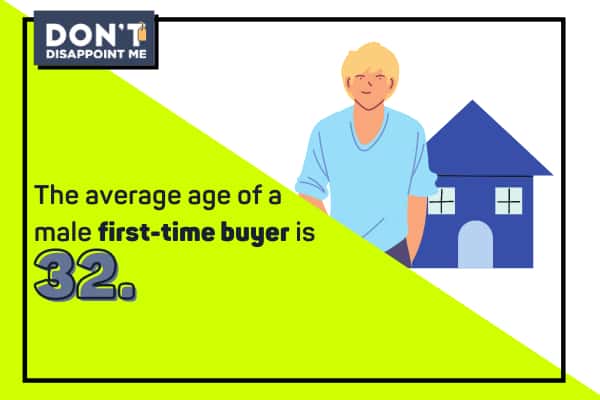 15. Younger generations are more likely to buy a house with a mortgage.

By contrast, UK mortgage market statistics indicate that 23% of homeowners who owned their home outright were aged between 55 and 64, as opposed to 15.6% of those who had taken out a mortgage.

Although only 5.5.% of mortgagors were aged 65 and over, it is expected that over three million people will still be repaying their home loan after their retirement at age 65.

Even more concerning, nearly 60% of the people with outstanding home loans in retirement have no plans on how to repay their mortgage, meaning they would have to remortgage to a better deal or face the risk of losing their home.

17. Over a third of homeowners with a mortgage were couples with children.

Barclays’ study on mortgage statistics in the UK shows that females are becoming first-time buyers earlier than males. More specifically, the average age of female first-time buyers is 31, while for men, it is 32. However, the study also revealed that for women to buy a house, they need to spend twelve times their yearly salary, while for men, it is only over eight times.

According to 2018 first time home buyer statistics, there was an increase of 1.9% in the number of first-time buyer mortgages. Incidentally, this was the highest number of mortgages recorded since 2006 when there were over 400 thousand new property loans.

Mortgages and Covid-19 in the UK 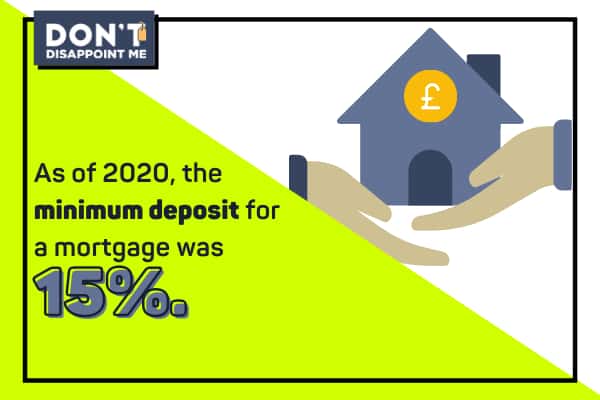 22. The minimum deposit for a mortgage increased by 10%.

23. Mortgage approvals have risen since the lockdown.

At the start of the pandemic, there was a drastic decline of nearly 87% in UK mortgage approvals, data shows. However, after the first lockdown was lifted, the number of mortgage approvals soared to the highest level ever recorded in 13 years. Namely, November figures show that there were 105,000 approved mortgage loans, while net borrowing went up to £5.7 billion.

24. There was an increase in buyer enquiries in July 2020, but a decrease in mortgage deals.

Although buyer enquiries increased by 75% from the previous year, the availability of mortgage deals has declined by half, stats and facts on mortgage financing reveal. In fact, before lockdown there were 5,222 available deals, dropping to 2,526 in July 2020.

Stats on Remortgage in the UK 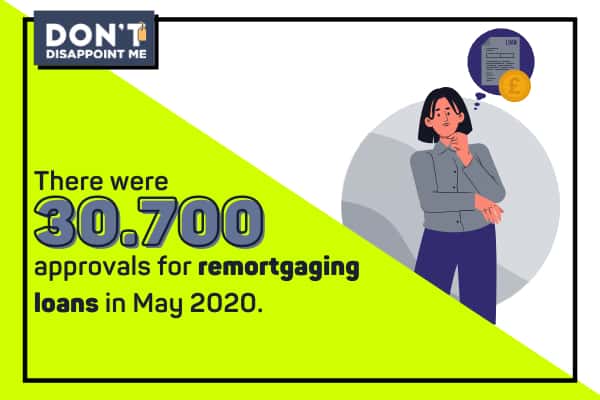 The number of approvals for remortgaging loans per month increased in February 2020 to 52.600, only to drop drastically to just 30.700 in May. The highest number of remortgage approvals was recorded in May 2018 when 53,747 monthly loans to individuals were approved.

Specifically, in December 2019, there were 16.820 new remortgages with additional borrowing, which was a rise of 5.9% compared to 2018 mortgage statistics in the UK. The average amount borrowed by remortgagers for that month was £50,702.

27. Remortgages without additional borrowing declined by 0.5%.

There were 16,490 new pound-for-pound remortgages. I.e. remortgages without additional borrowing, at the end of December 2019. This was a decrease of 0.5% compared to the previous year.

Mortgage Default Rates in the UK 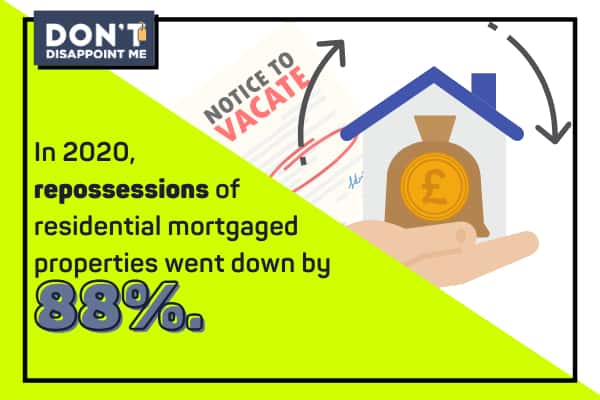 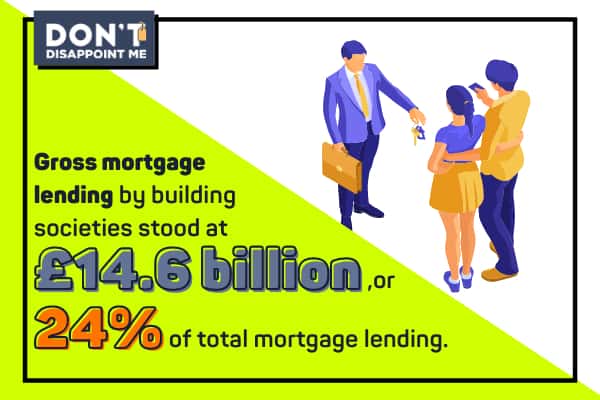 32. Which mortgage lenders lend the most?

33. Lloyds Banking Group had 17.2% of the mortgage industry market share.

Interestingly,  the top five bank lenders make up to 60% of the entire mortgage market.

Lloyds Banking Group had the biggest share with 17.2% from those banks, followed by Nationwide BS with 12.6% of the market and NatWest Group with 12.5%.

Similarly, when it comes to buy-to-let mortgages, Lloyd had the most significant share of gross mortgage lending for buy-to-let purposes, lending somewhere around £5.53 billion.

The COVID-19 pandemic has certainly played a big part in the rise of mortgage loans in 2020, although property debt has been a serious issue for Brits for many years.

Hopefully, these mortgage statistics in the UK will help you understand the market better and provide some insight if you’re ever thinking of taking out a mortgage loan.